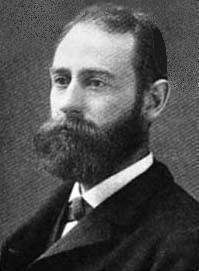 Known as the Wizard of Bristol, Nat Herreshoff was an innovative and brilliant designer, sailor, and boatbuilder. Features common on boats today—sail tracks and slides, bulb keels, fin keels, and hollow aluminum masts—were all developed by Herreshoff. He designed and built one of the earliest catamarans seen in the US.

Spanning a career of 70 years designing large and small sail and power boats, his influence on yacht design is unrivaled. As a designer, helmsman and engineer, he defended the America’s Cup six times: Vigilant, 1893; Defender, 1895; Columbia 1899 and 1901; Reliance, 1903; and Resolute, 1920.

For the more serious students of yacht design, most of the original Offset Books and plans are available for research at the Hart Nautical Collections of the MIT Museum. (Nat Herreshoff worked mostly with models from which offsets were taken and rarely saw the lines of his creations on paper.)
Listed here are only a few of his 'series built' designs.