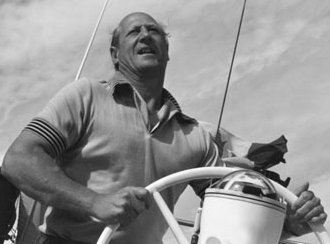 One of Britain's best known designers and sailing journalists. Of his numerous designs, the most celebrated is the FIREBALL, the 17' scow type, hard-chined dinghy, originally intended for the home builder. He was also the designer of a number of other small boats mostly seen in Great Britain. These include the MARAUDER and the JAVELIN. Milne's numerous articles appeared in a number of publications such as 'Yachts and Yachting' (editor for a number of years) and 'Yachting World'.