Though trained as a Naval Architect with a degree from Webb Institue, Walter Scott worked for 30 years at Grumman Aerospace. He was a recognized expert on deep diving submersables. After retiring from Grumman in 1970 he went to work for designer and builder Ted Irwin and ultimately became chief engineer at Irwin Yachts. He was involved with the design of many yachts from the Irwin line.
Richard Watkins, of Watkins yachts, commisioned him to design the WATKINS 27 which went into production in 1977. The ALLMAND 31, another Scott design, appeared in 1979.
He is known to have designed a number of other 'one off' boats. 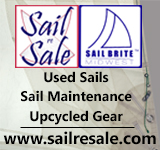