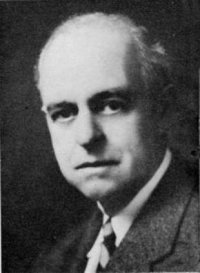 Around 1910, while working in the office of William Gardner, Francis Sweifguth designed the STAR, still actively raced today, a century later, by some of the world best sailors. He also supervised the two changes in the rig and sail plan, first in the early 1920’s when the rig was changed from the gaff rig to the short Marconi, and then at the end of the decade when the rig was changed from the short Marconi rig to the one in use today.
Sweisguth later was a partner in the naval architect firm of Ford, Payne and Sweisguth based in New York City and continued to design small class boats at least into the 1930’s. Among his later creations is the INTERLAKE, designed in 1932.