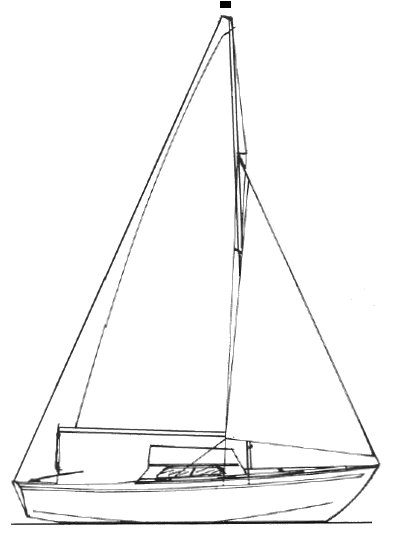 Since first introduced there have been several different variations of this design with different methods of contruction. Originally designed for the home builder, many were sold as kits. The first SILHOUETTE models built of plywood as were the earlier MkII models (1955). Later Mk IIs (1963) were GRP while the Mk III was moulded by Hurley Marine to a revamped design. The central ballast stub was removed, draft and sail area increased. A fin keel version was available but the vast majority had twin keels. The Mk 4 added two bunks. Finally the Mk 5 was built by Varne Marine after the moulds were sold when Hurley Marine went out of business in 1974.The MK I was available with a Gunter or Bermudian rig. The sail area for the Gunter rig was 115 sqft.Up until 1960, all the boats, including all MK I's, sailed with a 3/4 fractional rig. After 1960, masthead rigs became the norm.See the class website for more details. See SILHOUETTE MKII.Source: Silhouette Owner's International Association.