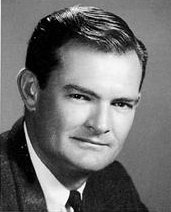 Designer and builder of the famed Morgan(USA) line of sailing yachts. Charles Morgan was already well known as a designer of one particularly sucessful racer, Paper Tiger, when he started building another of his designs, the TIGER CUB, on his own. But it wasn't until 1965 when he joined forces with long time friend, Bruce Bidwell, and began to built the sucessful MORGAN 34. This was followed, most notably, by the MORGAN 24, 30, 41, and 45. The line grew to include a great number of cruising and racing yachts.
The OUT ISLAND 41, introduced in 1970, became legendary as a no-frills, center-cockpit standard, especially in the charter trade.