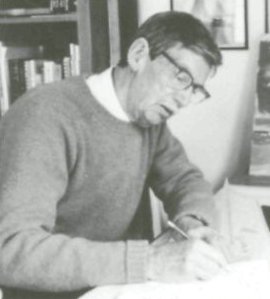 Henry (Harry) Scheel, designer and author, studied naval architecture at the Massachusetts Institute of Technology. After graduating he began working for the Bureau of Ships in Washington, D. C. during World War II. After the war, he opened a design office in New York City and later established a business relationship with Stonington Boat Works in Stonington, Connecticut. Together they produced the Stonington Motorsailer yacht series, as well as other custom and stock sport fishing boats, sailboats and power cruisers. During the Korean War he was employed at Electric Boat in Groton, Connecticut. In the 1960's Mr. Scheel left naval architecture and entered the textile business. In 1968 he returned to vessel design and joined Morgan Yachts in St. Petersburg, Florida, where he designed all the watercraft for Disney World. He formed a partnership in 1971 in Rockland, Maine known as Scheel Yachts Inc. and in 1974 he patented the Scheel Keel, a revolutionary keel that allowed for a shallow draft without a centerboard, for the lowest possible ballast for maximum stability and sail-carrying capacity and the fastest possible boat speed. The Scheel Keel can be found as an option on more than 50 different boat designs.
An archive of the work of Henry Sheel can be found at: Daniel S. Gregory Ships Plans Library, the Henry A. Scheel Collection, Mystic Seaport Museum.